I have a bit more time to make blog posts in this period between novels. I’m going to outline the sequel to The Sea Queen and then make some plans for researching other novels. But I’m taking this week mostly off. While I was working on The Sea Queen, I was working every day, including weekends, so it’s going to be nice to take a little break, catch up on some reading. And since Halloween is in a couple days, here are some scary, creepy, and horror novels I highly recommend. 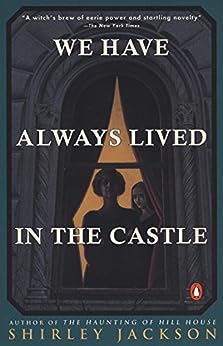 We Have Always Lived in the Castle by Shirley Jackson

No one can beat Shirley Jackson for psychological horror. We Have Always Lived in the Castle is the story of a wealthy family in a small town that, at the outset of the novel, only has three members remaining because, six years ago, all the others were poisoned. The novel is narrated by the younger daughter, who lives in a strange world of her own, full of rituals she uses to hold the outside world at bay. I don’t want to say too much for those who haven’t read it, but this is one of the best examples of an unreliable narrator I’ve ever encountered.

The Haunting of Hill House by Shirley Jackson

I’m a total wimp about horror movies, so I’ve never seen any of the many movie versions made of this novel. I don’t know how they could live up to the psychological terror of the novel, though. It is a deceptively simple story of a group of people going to explore a haunted house, and how the house works on their perceptions. The strength of the novel is in how well-drawn, and rather horrible, all the characters are. While there are supernatural elements, the book left me with the feeling that these people would have created their own doom without a haunted house to help them along. 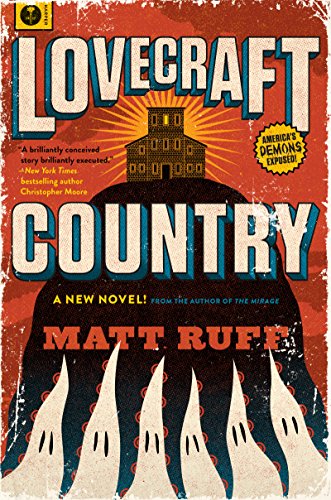 This is one of my favorite novels of 2016. This is a series of linked novellas about a black family in the 1950s, dealing with racism and Lovecraftian horrors. H. P. Lovecraft was one of the fathers of modern horror, and a hideous racist. The horror of his stories often comes from a fear of the other, and of the mixing of pure blood with unpure. Ruff, along with Victor La Valle in The Ballad of Black Tom, turns Lovecraftian tropes on their head and uses them to comment on racism. The scariest moments in Lovecraft Country come from racist police officers, not supernatural threats, and that is part of the point. I recommend both this and La Valle’s book, but if I had to pick one, it would be this, because it also has a humorous rebelliousness threaded through it. I like my horror with a helping of gallows humor and absurdity.

Sabriel and sequels by Garth Nix

Sabriel begins a series of novels about the Abhorsen and the Old Country. The Abhorsen is a necromancer who uses his or her powers to fight the dead and put them to rest. The Old Country is a country full of magic, and beset by evil necromancers and sorcerers, old elementals imperfectly bound, an order of seers who live in a glacier, and a lost dynasty of kings. It is a YA series that mixes horror and heroism, with a touch of school novels as well. I recently re-read the first three books in the series, and found them just as engaging the second time around.

The Sonja Blue Novels by Nancy A. Collins

Vampire fiction has been done to death, right? These novels, written in the late 80s, are original no matter how many vampire novels you’ve read before. They go deep into the horror aspect of vampires, which I really appreciate. Vampires have been metaphors for all kinds of societal concerns through the centuries, but I think they are at their most effective when they stand in for people who give up their humanity for power. Our heroine, Sonja Blue, is a half-human vampire, who kills other vampires, while trying to find the vampire who made her and ended her mortal life. Nancy A. Collins has developed a complete cosmology that incorporates vampires, zombies, ogres, incubi, and even seraphim. Sonja Blue’s encounters with vampires and with her own darkness are gruesome and graphic. I’ve read them several times, and I am always horrified by the violence and depths of these novels. What keeps me coming back, though, is the hope they offer. Sonja Blue’s world is dark but not irredeemable, and even her worst monsters have glimmers of humanity.