Maybe I should have played D&D 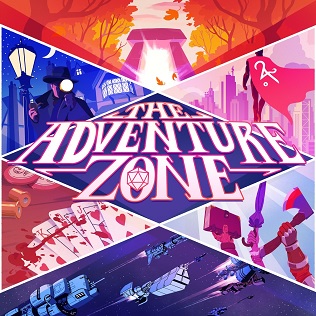 I’ve been listening to The Adventure Zone podcast, thanks to an effusive article on it by Film Crit Hulk. I’ve never played D&D, but I had a lot of friends in late high school who played RPGs (Role Playing Games). Actually, they mostly played LARPs (Live Action Role Plays), some even with foam-covered PVC (polyvinyl chloride–sorry not sorry) pipes.

For those who aren’t familiar, RPGs are a sort of non-comedic improv game, where characters–that have to obey certain rules of construction–are guided through an adventure by the DM/GM (Dungeon Master/Game Master). I did once play an NPC (non-player character) in a local Vampire LARP, but if there was a GM, they were nowhere to be found, so I didn’t know what to do. And I suspect it was an excuse for a boy I had a flirtation with to bite my neck.

….Anyhooooo, I was always tangential to groups of people playing RPGs, but I never did it myself. I think a part of me definitely thought it was a nerdy bridge too far. I didn’t really see the point. But I think my biggest concern was always that I would do it wrong. I was painfully perfectionistic well into my 20s, and playing an RPG felt so exposed–what if I did it wrong? What if I was totally boring? WHAT IF I DID IT WRONG?????

Once I started writing more seriously, I told myself that I wouldn’t want to play an RPG because (a) it wouldn’t produce any potentially publishable work, and (b) if I couldn’t control all the characters, and the ending, what was the point? But now that I’m listening to The Adventure Zone, which is a podcast of three brothers and their father playing D&D, I finally get it. Griffin is a strong DM who always has good scenarios for his players.

They make jokes, about the situation they are in, and about family pecadillos because they know each other well. The characters, especially Taako, the dumb-as-a-brick elven wizard, are hilarious and sometimes poignant. There are wonderful NPCs, even early on, like Klarg, the Oolong-tea-drinking orc, and Jess The Beheader, a professional wrestler, and poor, departed Jenkins (who put up with a lot of shit from the main guys, let me tell you).

I admire what they’re doing, and it doesn’t seem as impossible for me to engage with as it once did. I see how everyone works together to make it a good storytelling experience. It’s a totally different kind of storytelling than writing a novel, and wonderful in its own way. I think I finally get it now. Maybe playing an RPG wouldn’t be fraught, wouldn’t expose the fact that I’m a writer because I think much better in text that I can go back and fix than I do out loud, on my feet. Maybe it would be fun. Maybe it would be play.